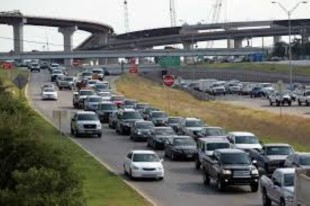 I arrived in San Antonio having driven in from Memphis, TN.  Needing to merge from I35 onto the expressway, Loop 410 W was always a bit of a challenge.  Crazy and fast traffic.

So, I approached the expressway, looked over my shoulder and smiled.  A big goofy grin.   All the traffic had moved over leaving two lanes empty for me to pull out.  I smiled because God was telling me,

“Welcome home!  I remembered… you didn’t think I would forget, did you?”

Let me explain.  Soon after I had moved to Texas in 2001 I was learning about God’s favor and how the scripture says His favor lasts a lifetime. (Psalm 30:5b)  We were challenged to ask Him to give us favor in something particular and watch to see what He would do for a Child of the King.  So, I decided to ask.

Having spent most of my life in smaller towns, driving the expressways of San Antonio took some getting used to.  And merging onto a crowded four-lane highway was not one of my favorite things to do.  I chose this to be my request.

“Lord,” I prayed, “please make the cars move over when I am on a merge ramp and give me enough space.”   Simple prayer, yes?  Did I have absolute, immovable faith God would do that for me?  Not really.  But I did ask.

The next day I was again about to merge onto Loop 410.  As I came down the ramp all the cars suddenly moved over leaving two lanes open.  I stepped on the gas and moved out before anyone changed their mind.  But after I got out there and no one moved back over, leaving me alone with all that space, I suddenly remembered my request.  I pondered it, and thought, “Was that God?!”

Later that day in another area of town I again needed to merge, this time on another highway.  Now I was looking… As I came down the ramp, all the traffic moved over leaving two lanes open for me.  Oh. My. Word.  It IS Him!

For the next days, and weeks, I watched as the Lord did this for me over and over and over…  I gave testimony to people about the Favor of God and to expect Him to want to give us His Best.  People who rode with me watched, mouths open, as they saw the cars move over.  They saw it, and got it.

Does it work the same for me in other areas of the world?  Yes, to a lesser degree.  I have a space to pull out and merge no matter where I drive.  But the two lane blessing is reserved for San Antonio.  Sometimes here it is one lane, but I can always count on that opening.